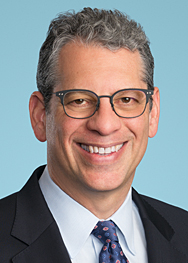 The global compliance deadline for implementation of variation margin requirements for uncleared swap transactions is March 1, 2017.  Unless an exception is available, the rules generally require swap dealers to collect and post variation margin with no credit threshold.  The rules require the parties to enter into new or amended credit support documentation, limit the types of collateral that may be posted, prescribe minimum transfer amounts and effectively require new operational processes to be put in place.  Moreover, different rules can apply depending on who the swap dealer’s regulator is and/or the jurisdiction of the counterparty.  Not surprisingly, many market participants, particularly smaller financial firms, buy-side firms, asset managers, pension funds and insurance companies are unlikely to be compliant by the March 1 deadline.  This has caused immense consternation among buy-side market participants who feared that they would be unable to trade until they came into compliance.

On February 23, 2017, following requests from numerous trade associations, U.S. banking regulators and IOSCO, the umbrella body for global securities regulators, issued statements encouraging leniency in enforcement of the documentation requirements.  More specifically, the Federal Reserve provided guidance to examiners of CFTC-registered swap dealers that, except for transactions with financial end users that present “significant exposures” (which must still comply with the March 1 deadline), examiners should focus on swap dealer’s good faith efforts to comply as soon as possible but no later than September 1, 2017.   Similarly, though less explicitly, IOSCO issued a statement that, while it expects all parties to make every effort to meet the March 1 deadline, it believes that the global regulators should take “appropriate measures … to ensure fair and orderly markets during the introduction and application of such variation margin requirements.”   These statements follow the release by the CFTC on February 13, 2017 of a time-limited no-action letter delaying compliance by swap dealers under their jurisdiction until September 1, 2017.

There are a number of paths to compliance for buy-side firms, including negotiating bilateral agreements or amendments directly with swap dealers or using an industry-wide questionnaire-style protocol developed by ISDA and available through their ISDA Amend automated service run jointly with Markit.

If you have questions regarding the current deadlines or need assistance with compliance, please contact our derivatives partner, Daniel Budofsky (daniel.budofsky@pillsburylaw.com), or your regular Pillsbury contact.

The Preliminary Report was issued pursuant to the SEC and CFTC joint regulation defining the term “swap dealer” and providing for a de minimis exception to the swap dealer definition. Under the regulation, a person shall not be deemed to be a swap dealer unless its swap dealing activity exceeds an aggregate gross notional amount threshold of $3 billion (measured over the prior 12-month period), subject to a phase-in period during which the gross notional amount threshold is set at $8 billion. Under the terms of the regulation, the phase-in period will terminate on December 31, 2017, and the de minimis threshold will fall to $3 billion, unless the CFTC sets a different termination date for the phase-in period or modifies the de minimis exception.

The Commodity Futures Trading Commission has issued new “know your customer” and external business conduct rules to give effect to certain provisions of Title VII of the Dodd-Frank Wall Street Reform and Consumer Protection Act. Under these rules, major dealers in swaps and derivatives (“Swap Dealers”) will be required to, among other things, conduct diligence on counterparties, verify their status as “eligible contract participants” and ensure that swap recommendations are suitable for them. In addition, these rules impose heightened duties on Swap Dealers that trade with employee benefit plans subject to Title I of the Employee Retirement Income Security Act of 1974, governmental plans as defined in ERISA Section 3, endowments, state and federal agencies, and other protected counterparties (“Special Entities”).

Written by: Jay B. Gould and Peter Chess

On April 18, 2012, the Securities and Exchange Commission (“SEC”) and the Commodity Futures Trading Commission (“CFTC”) voted to adopt rules defining “swap dealer,” “security-based swap dealer,” “major swap participant,” and “major security-based swap participant,” among other terms, as mandated by the Dodd-Frank Wall Street Reform and Consumer Protection Act (“Dodd-Frank Act”).  The Dodd-Frank Act assigns to the SEC the regulatory authority for security-based swaps[1] and assigns to the CFTC the regulatory authority for swaps.

Under the adopted rules, the definitions are as follows:

A swap dealer is defined as any person who:

A major swap participant is a person that satisfies any one of the three parts of the definition:

On December 7, 2010, the Securities and Exchange Commission (the “SEC”) proposed joint rules with the Commodity Futures Trading Commission (the “CFTC”) to define the types of swap traders that would be subject to the new derivatives regulations under the Dodd-Frank Wall Street Reform and Consumer Protection Act (the “Dodd-Frank Act”).  The proposed rules attempt to implement the provisions of the Dodd-Frank Act, which established a comprehensive framework for regulating the over-the-counter swaps market.

In addition, the proposed rules permit clearinghouses to provide portfolio margining of futures and securities in futures accounts.  The proposed rules also require Security-Based Swap Dealers and Major Security-Based Swap Participants to keep daily trading records regarding the security-based swaps and all related records, which would be open to inspection by the CFTC.  The CFTC and the SEC are expected to vote on the final rule in July of 2011.