This alert contains a summary of the primary annual and periodic compliance-related obligations that may apply to investment advisers registered with the Securities and Exchange Commission (the “SEC”) or with a particular state (“Investment Advisers”), and commodity pool operators (“CPOs”) and commodity trading advisors (“CTAs”) registered with the Commodity Futures Trading Commission (the “CFTC”) (collectively with Investment Advisers, “Managers”).[1]  Due to the length of this Alert, we have linked the topics to the Table of Contents and other subtitles for easy click-access.

Read this article and additional Pillsbury publications at Pillsbury Insights.

The Office of Compliance Inspections and Examinations (OCIE) of the SEC issued a Risk Alert yesterday providing a list of the most frequently identified compliance issues relating to the Advertising Rule (Rule 206(4)-1) under the Investment Advisers Act of 1940.  These compliance issues were identified as part of the OCIE examination of investment advisers:  misleading performance results, misleading one-on-one presentations, misleading claim of compliance with voluntary performance standards, “cherry-picked” profitable stock selections, misleading selection of recommendations and insufficient/inaccurate compliance policies and procedures.

Compliance with the Advertising Rule has long been, and remains, a favorite focus of the SEC.  In an age of fundraising challenges, investment advisers must balance the pressing need of appealing to prospective clients with adherence to precise regulatory standards.  Each marketing piece should go through rigorous internal review and sign-off procedures and, as necessary, outside counsel evaluation.  Investment advisers are urged to pay special attention to any form of performance or track record marketing.

The following are some of the important annual compliance obligations investment advisers either registered with the Securities and Exchange Commission (the “SEC”) or with a particular state (“Investment Adviser”) and commodity pool operators (“CPOs”) or commodity trading advisors (“CTAs”) registered with the Commodity Futures Trading Commission (the “CFTC”) should be aware of.

The Securities and Exchange Commission (the “SEC”) issued an order on June 14, 2016 raising the net worth threshold for “qualified clients” in Rule 205-3 under the Investment Advisers Act of 1940, as amended (the “Advisers Act”).  Effective August 15, 2016, the dollar amount of the net worth test increased from $2 million to $2.1 million. The dollar threshold of the assets-under-management test has not changed and remains at $1 million.  Adjustments to the dollar thresholds for the assets-under-management and net worth tests under Rule 205-3 are made pursuant to section 418 of the Dodd-Frank Act and section 205(e) of the Advisers Act and are intended to reflect inflation.  The adjusted amounts would reflect inflation from 2011 until the end of 2015.

Under the Advisers Act, an investment adviser is generally prohibited from receiving performance fees or other performance-based compensation.  Section 205(e) of the Advisers Act provides for an exemption to this prohibition and Rule 205-3 under the Advisers Act permits an investment adviser to receive performance fees only from “qualified clients.”  The increased threshold affects private funds that rely on the exception to the definition of investment company provided in section 3(c)(1) of the Investment Company Act (“3(c)(1) Funds”) which, under the rule, are allowed to pay performance-based fees if their investors are qualified clients.  Accordingly, 3(c)(1) Funds must amend their offering documents to conform to the new qualified client net worth threshold.

Grandfathering:  Subject to the transition rules of Rule 205-3, the June 2016 SEC order generally does not apply retroactively to clients that entered into advisory contracts (including investors that invested in a private fund) prior to the August 15, 2016 effective date.

In line with the Securities and Exchange Commission’s (SEC) goal to enhance regulatory safeguards in the asset management industry, the SEC yesterday released a proposed new rule and rule amendments under the Investment Advisers Act of 1940. The proposed new rule 206(4)-4 would require SEC-registered investment advisers to adopt and implement written business continuity and transition plan (BCP) and review the plan’s adequacy and effectiveness at least annually.  The proposed amendment to rule 204-2 would require such advisers to keep copies of all BCPs that are in effect or were in effect during the last five years, and any records documenting the adviser’s annual review of its BCP.

The proposed rule is designed to address operational and other risks (internal or external) related to a significant disruption (temporary or permanent) in the investment adviser’s operations. Operational risks and disruptions generally include natural disasters or calamities, cyber-attacks, system failures, key personnel departure, business sale, merger, bankruptcy and similar events.

Under the proposed rule, an SEC-registered adviser should develop its BCP based upon risks associated with the adviser’s business operations and must include policies and procedures that minimize material service disruptions and address the following critical elements:

The comment period will be 60 days after the proposed rule is published in the Federal Register.

A full copy of the proposed rule is available HERE.

What is an SBIC?

An SBIC is a privately owned and operated investment company making long term investments specifically in U.S. businesses and is licensed by the Small Business Administration (SBA). The primary reason firms choose to become licensed with the SBA is to secure SBA financing.

What is the SBIC Adviser Exemption?

As a result, an adviser:

In contrast to an adviser relying solely on the SBIC Adviser Exemption, the SEC staff believes that when an SBIC adviser choses to rely on the private fund or venture capital fund exemption, the adviser is required to submit reports to the SEC as an exempt reporting adviser.

Additionally, the SEC staff notes that (i) advisers currently relying on the private fund or venture capital adviser exemption may advise SBIC clients following the revised exemptions and (ii) certain registered advisers of SBICs may be eligible to withdraw their current registration and rely upon the private fund adviser or the venture capital fund exemption as exempt reporting advisers.

It is important to note that the Investment Advisers Act, as amended by the SBIC Advisers Relief Act, now preempts states from requiring advisers that rely on the SBIC fund exemption to register, be licensed or qualify as an investment adviser in the state.  As a result of the federal preemption, advisers that manage only SBIC funds will be relieved from having to register (or may withdraw if registered) in states that have not adopted exemptions to investment adviser registration analogous to the Investment Advisers Act.

Please contact an Investment Funds and Investment Management group attorney for further detail and with your questions.

Earlier this month, the SEC announced the creation of its Office of Risk and Strategy  to operate within its Office of Compliance Inspections and Examinations (OCIE).  The new office will consolidate and streamline OCIE’s risk assessment, market surveillance, and quantitative analysis teams and provide operational risk management and organizational strategy for OCIE.

Headed by Peter B. Driscoll, a former E&Y auditor with law and CPA degrees, the Office of Risk and Strategy will lead the OCIE’s risk-based and data-driven National Examination Program.  Mr. Driscoll emphasized at the Investment Adviser Association’s annual compliance conference in Washington that private equity funds and private fund advisors would “continue to be a big focus” for the exam unit as well this year.  While this is no surprise, Driscoll also added that the focus on hedge funds will zero in on such areas as portfolio management, trading and back-office operations.  This may suggest a broader, deeper and more focused scrutiny on hedge funds than just the trading offenses we are familiar with from national headlines.

The SEC has been busy: it has visited at least 25% of ‘never-before-examined’ advisers, numbering over 700, which surpasses the SEC’s own goal.  There is no reason to expect the SEC’s enthusiasm to decline in this area in 2016.  If you are a hedge fund manager that has never been examined before, you may get a knock on your door this year. 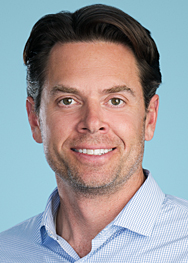 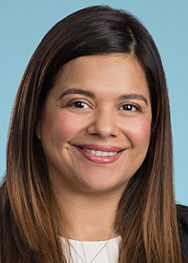 In commemorating the 75th anniversary of the Investment Company Act and Investment Advisers Act, David Grim discussed his views about the past, present and future of the investment management industry.  He selected four topics which in his opinion best illustrate the adaptability which the authors gave the 1940 laws governing the asset management industry.

Those topics are: (1) the role of exchange-traded funds (ETFs), (2) the role of private fund advisers, (3) the role of disclosure and reporting in our regulatory framework, and (4) the role of the board in fund oversight.

He called disclosure one of the critical pieces of the 40 Acts, and noted that the amount of information available to investors about funds and advisers through publicly available forms, prospectuses and offering documents has increased exponentially since 1940.  Specifically regarding private funds, he noted that the vast number of newly registered advisers after the passage of Dodd-Frank have resulted in a new era of transparency that has been beneficial to both investors and private fund advisers, in addition to the SEC.  The public availability of aggregated information has shed light on persistent questions and some misconceptions about the private fund industry. Investors have also benefitted by being able to make more informed choices when investing.

The full remarks are available here.