In a letter to SEC Chair Mary Jo White, the Treasurers and Comptrollers of 13 states have urged the SEC to crack down on private equity funds and require better disclosure of expenses to limited partners.

Fees and expenses in the private equity space have in general been a recent focus of the SEC.  In a high-profile case this spring, Kohlberg Kravis Roberts & Co. (KKR) was fined nearly $30 million for misallocating so-called “broken deal” expenses to its flagship private equity funds and none to co-investors.   KKR, however, failed to adopt policies and procedures governing broken deal expense allocations during the period in question, which contributed to a finding of breach of fiduciary duty.  KKR also did not expressly disclose in its funds’ limited partnership agreements and related offering materials that it did not allocate any of the broken deal expenses to co-investors.

The issue that the state Treasurers brought up in their letter to the SEC may be differently motivated. The main complaints of the letter, inadequate expense reporting and opaque calculations of management fee offsets, surfaced shortly after some large state pension funds came under fire for failing to track and providing incorrect reporting of the amount of fees and carried interest paid to the private equity managers they invested with over the course of many years. One of the Treasurers noted that the letter was independently generated following discussions of transparency issues among the Treasurers for more than a year, and not as a result of those criticisms.

The full Treasurers and Comptrollers’ letter to the SEC is available HERE. 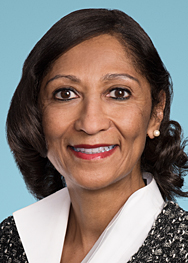 The expense provisions of many private fund governing documents are becoming longer and more detailed for good reason – increased Securities and Exchange Commission (SEC) scrutiny and prosecution relating to expense allocation and disclosure.

On April 29th, the SEC announced charges against Alpha Titans LLC, a hedge fund advisory firm, its principal, Timothy P. McCormack and its general counsel, Kelly D. Kaeser, for improper use of fund assets to pay expenses that were not previously disclosed to fund investors. According to the SEC, office rent, employee salaries and benefits and other expenses totaling more than $450,000 were paid by two affiliated private funds without adequate disclosure or authorization. The SEC further alleged that Alpha Titans, McCormack and Kaeser sent investors audited financials that did not disclose that approximately $3 million of expenses pertained to transactions involving affiliates of McCormack.

All of the charges were settled without admission or denial of responsibility; however, not without significant cost. McCormack and Kaeser will be barred from the securities industry for one year and Kaeser will be unable to represent an SEC-regulated entity for one year. Lesser will be suspended from providing accounting services on behalf of an entity regulated by the SEC for at least three years. Substantial monetary penalties also were assessed and the advisory firm and its principal agreed to pay disgorgement and prejudgment interest.

The lesson for private funds, their advisers and outside auditors is simple. First, fund documents should clearly, accurately and thoroughly disclose the types and amounts of expenses to be charged to the fund or its investors. Second, fund managers must allocate expenses and use fund assets strictly in accordance with the relevant provisions in the fund documents. Finally, outside auditors must be diligent in reviewing expense allocations and the use of fund assets to determine compliance with fund documents.

There should be no doubt that the risk of non-compliance is real.